Although Gothenburg seems to be a rocky and hilly area very close to the beach, it consists of many green landscapes to relax in natural surroundings and have a good time. The first little travel experience I made in Sweden was the Botanic Garden in Gothenburg. 175 hectares of nature in the middle of the city. This place was a real oasis of exotic plants and flowers and good for starting the day.

As always when I travel and want to take some beautiful photos, weather conditions are challenging me. A very cloudy and grey morning in Gothenburg made it very complicated to capture some good footage. I learned to be grateful for a couple of sunny minutes and enjoy the few rays of the sun more than ever.

Swedish summers can be cold and windy!

Best place: The waterfall of the botanic garden in Gothenburg

My absolute favorite was the video of the waterfall I made:

Luckily, sunshine was coming out exactly during this moment. One thing to keep in mind about the Botanic Garden in Gothenburg is its beautiful waterfall. Definitely worth the climb.

Usually, I like to discover these natural places in slow tourism mode to see everything one place has to offer. Having the maximum of joy and experiences of a place, it takes some hours to discover everything. Hunting places and being jumping around is something I don’t like.

But time was, unfortunately, ticking also for me this morning and I have had to work in the afternoon. Thus, I was speeding up to see whatever this Botanic Garden had to offer me and my friends in one hour.

Some areas like the exotic tribe house were closed down because of Covid regulations and there were as well plenty of construction sides that limited the visitor’s area as well. All in all, I wasn’t blessed with all the circumstances but had to deal with it anyhow. Better a little bit of time than nothing. Good to have some friends aboard who join the visit:

Unfortunately, I have had to exit the park earlier than I wanted. Duties! Usually, I would have spent there approximately 3 – 4 hours to have the full experience. The ideal timing for a morning or afternoon. For that limited amount of time, I’m quite happy and satisfied with the outcome of photos and videos of this place.

Is it worth visiting the Botanic Garden in Gothenburg?

Without any direct costs involved, the Botanic Garden place is even more worth visiting. Especially when these colors welcome you:

Subscribe to my blog and never miss an update!

I can promise you, that many other articles are currently under construction and just wait for you to be read.

Come back regularly and check out many more interesting stories.

I was blessed to spend a few days in the second biggest city of Sweden. Gothenburg is a very beautiful city and very recommendable to make travel experiences away from a capital city like Stockholm. Despite it is a Nordic and cold location, it is still charming and welcoming to foreigners. Some national features and characteristics might always surprise a visitor. Same happened to me when I travelled to Gothenburg. Thus I want to share some 7 fascinating and surprising travel characteristics from Gothenburg in Sweden.

For every thirsty traveler, I have some good news: Water is free and doesn’t need to be ordered when going out for a bite or a drink. You can drink as much water as you want.

I visited two different restaurants, Vi Viet (a Vietnamese restaurant with excellent food and service) and Moon Thai Kitchen (a Thai restaurant with spicy food with odd interior and decoration) and both of the time they offered free water to its guests. With these hot and spicy Asian cuisines, that’s a kind thing to do because that food can be challenging for the palate.

Some days later I even encountered a water tap station in a bar called Vasaplatsens Bryggeri. Although it was self-service to get the water, I found this an interesting and supportive concept to counteract alcohol-charged evenings.

Water is free and not a commercialized product in Sweden.

You know all these irrational discussions about genderism that happen every day in every society around the world. Instead of unifying and reuniting people, the opposite movement occurs. It could become really difficult to make it nice and comfy for everyone when it comes to the most basic necessities.

Especially hygiene policies for rest- and bathrooms happen to be overcomplicated. With all the new genders in the world, there would be soon more segregated bathrooms than toilets. I have my difficulties to imagine this in means of transport like airplanes or trains. To avoid this unwanted scenario, I encountered in Gothenburg a newly old approach I wasn’t aware of before.

To simplify these trendy overcomplications and solve these issues, there are almost everywhere unisex and shared restrooms to find. In multiple restaurants, bars, and at the airport of Gothenburg I only encountered one single door for everyone.

I wasn’t immediately a fan of that solution, because I also have had to adapt to that situation. But the approach itself was worth considering as smart and simple. Usually, women don’t want to share public restrooms with men, but in this case it was me 🙂

A few years ago, I lived together with a very nice guy in Finland who introduced me to the concept of Snus. Snus is a very odd product that is majorly produced and consumed in Scandinavian countries. It can be seen as a replacement for cigarettes that is a very trendy and bad habit as well. Just without all the smoke and smell.

You consume tobacco with a small tobacco pillow that is placed inside of the gums. It lasts usually for a couple of minutes until an hour. Depends on the intensity and amount of tobacco and flavors inside. Mmmhhh…

But the most surprising thing was a whole shop for Snus products. When it comes to cigars as an elegant and high-priced product, I might understand an own store for it. Snus shops surprised me in a way because I wasn’t expecting this little consumable product relevant enough to make a huge professional store with a wide portfolio.

One of my dreams came true during my few days of traveling in Sweden. To avoid long lines, searching your purse for the right amount of coins and banknotes, people in Sweden were introducing the concept of manual cashless checkouts in some of the supermarkets. And I love that idea.

No more immediate contact to moody cashiers included. I saw some pilot projects in other European countries before with some restrictions to it, but the Swedish solutions were very extensive and comprehensive at the same time. More a replacement to supply the whole supermarket than an addition to the traditional exit zones.

In Gothenburg I finally got to know that normal shopping in the supermarket can even be fun. To do this, the last step of the shopping process has to be overhauled and redefined.

A great feature was the free admissions to some of the tourism destinations within Gothenburg. I did not expect to be let in for free. Wherever I visited some other public parks in other cities, botanic gardens, or nature reserves in other countries, there were always some admissions to pay.

In Gothenburg I encountered its Botanic Garden and a park called Slottskogen for free. Not only that, these two places were in an excellent and clean shape. If you are interested in finding out more about these two places, you should take a visit to the related articles I dedicated to these two

One key factor when traveling around urban areas is to comprehend and use successfully public transport. Having obtained all necessary information quickly, it was a pure joy to move quickly around Gothenborg.

Compared to many other countries I’ve traveled to, the public transport in Sweden was excellent, information was always transparent available and the buses and trams all the time on time. Of course, I don’t have more insights into the rest of the country, but I assume to find similar situations in other parts of Sweden.

What I also liked were some features they have had inside of the buses. Especially families with children and elderly people are taken care of in the public transports. And all the young folks can charge mobile devices on every seat. Buses drive in Gothenborg fully electric and are a blast!

One of the most surprising features of Gothenburg was its architecture. Although it was a simple, minimalistic and efficient way to build houses, these constructions seem to have a Scandinavian characteristic that made them look classy. Many buildings just fit beautifully next to each other as they were planned as a collective project.

These houses that you can see in the pictures made me feel happy. Whenever I was walking around the streets of Gothenburg, I randomly took pictures of a line of houses that made me a real tourist. Tender pastel shades gave buildings in Gothenburg a unique character and let them even during cloudy days with difficult light conditions stand out.

This will be one of the main characteristics I will remember of Gothenburg. Both in and outside of the buildings these colors gave a warm and welcoming feeling to its visitors.

All of these peculiar experiences I made in Gothenborg gave me quite a good impression of the rest of Sweden. A very advanced, smart, free, and helpful society that makes me curious to one day return. Maybe I will offer more than 7 fascinating and surprising travel characteristics from Gothenburg in Sweden.

But one thing is for sure: That wasn’t the last time I visited Sweden, neither Gothenburg! 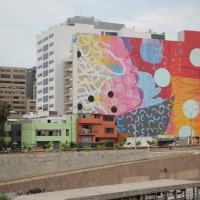 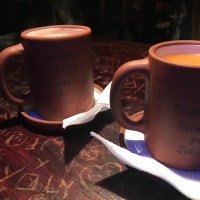 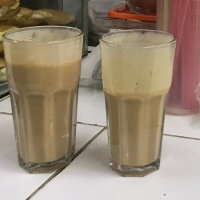